I think this was the show with the most enthusiastic models ever!

We had all of the girls picked up on motor-cycles at our backstage door and driven around the building to be deposited in the courtyard of La Faculté de Medicine Paris Descartes where floor-to-ceiling windows opened onto the show space. The format of our runway was left unknown to the audience. At first, all they could hear was a raucous revving of engines and the gunning of the exhaust pipes getting louder as they accelerated closer. Once installed in the courtyard, each girl hopped off, one by one, entering and walking onto the runway. For the finale, all of the models positioned themselves in front of the audience together before walking back to their designated driver and taking off to return backstage.

We had this one model, Stephanie, who was almost left behind on her own. When all of the bikes took off, she started to scream at the driver to leave, but the engine had broken down. They had to pedal the bike by foot back outside while she continued to scream “Faster! Faster!” 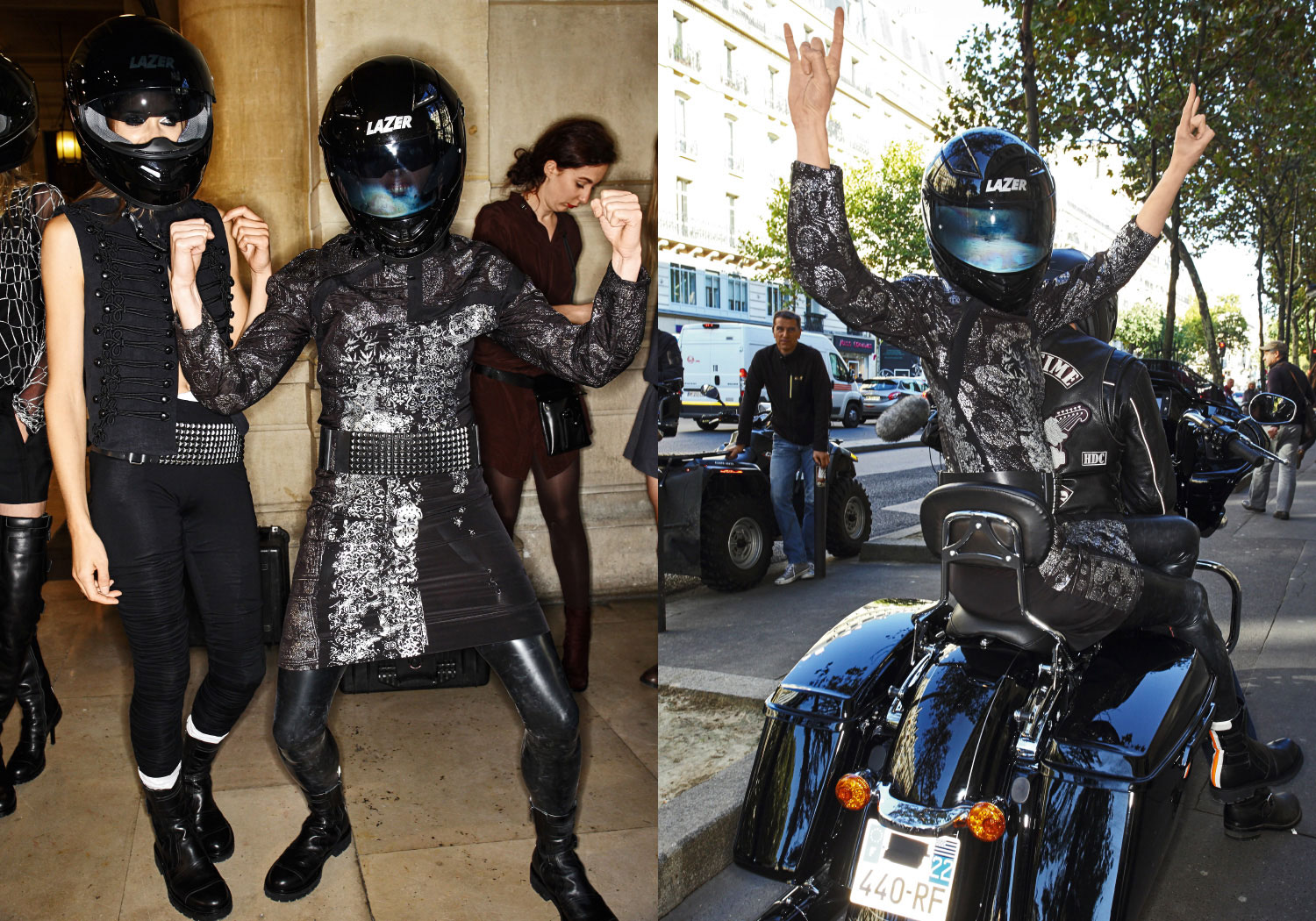 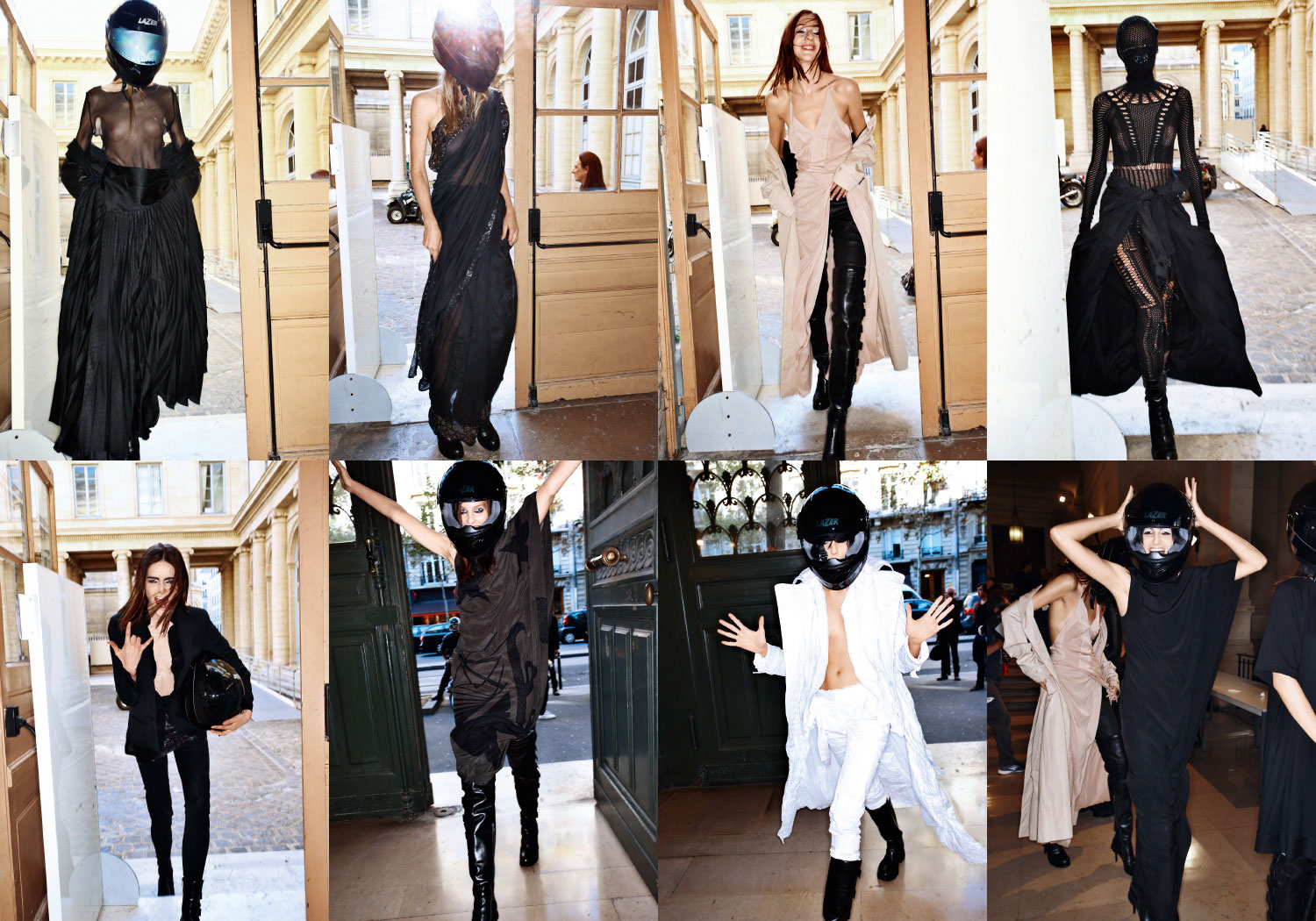 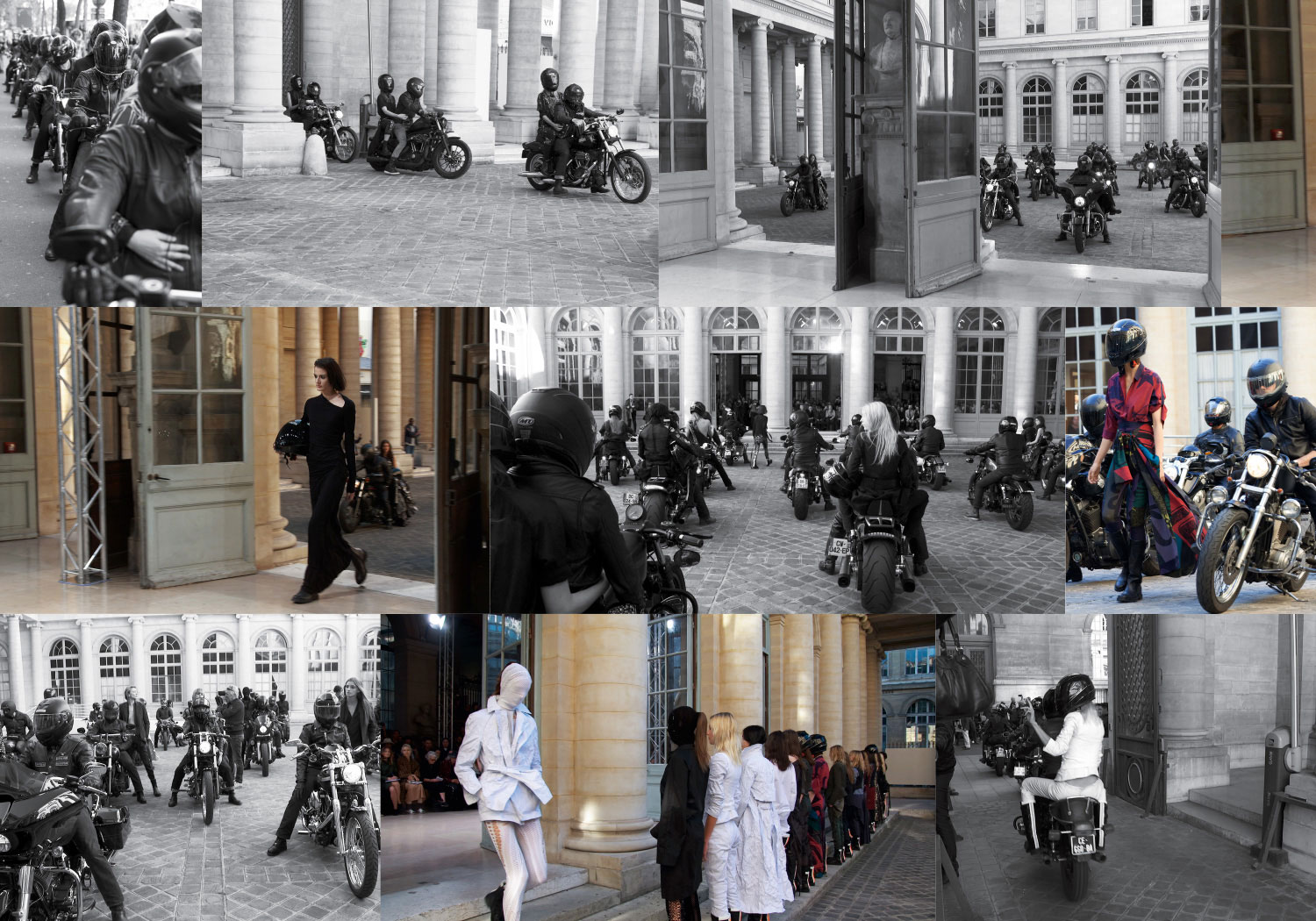 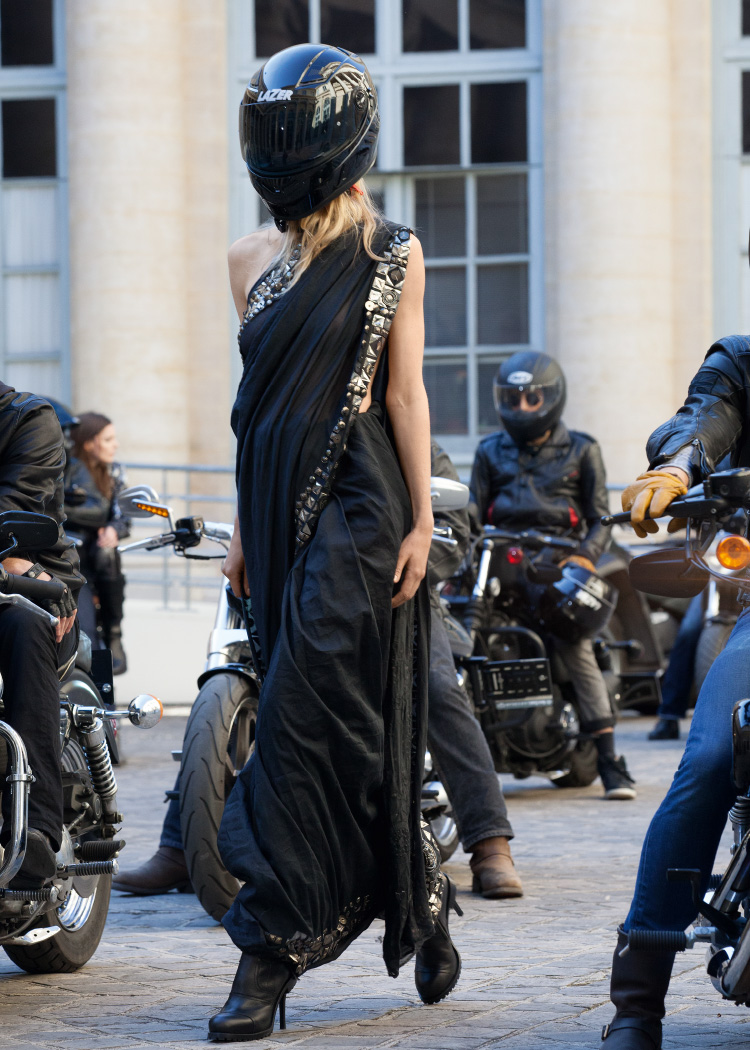